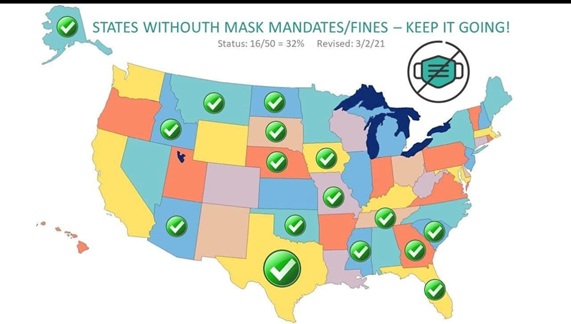 Sunday’s Gazette voter guide for District 2 was interestingly sparse in things I spoke with the Gazette about. The Reporter seemed to focus on parks and infill projects – trivial pursuit things in a city facing electrical generation issues, DoD presence perhaps backing away from our city as marijuana seems closer to legal recreational use, and the dire need to take off masks and open up our churches, businesses, and schools for the sake of our families. I believe the reporter, in a hurry to find out what I thought about parks and lane dieting, missed my points on taking off masks, diverse electricity generation accompanied with stable utilities, and why our city must say NO to recreational Marijuana. Instead of moaning and complaining about unfair press, lets go to what others say and the Evidence:

“Health, safety and welfare, protected in a free society.  This is the charge of each and every local official, including our City Council members.  It is vitally important that Council members who make policy decisions regarding businesses, property rights, planning, public safety, energy, critical infrastructure, healthcare and more, understand that they work to support the citizens who elect them and to boldly protect a free and safe community.  Jay Inman understands and views these matters through a lens of service and freedom and his voice is desperately needed on our City Council.  Jay is a highly intelligent person who’s service to this nation, freedom principles, faith, business experience and common sense are exactly what we need at this time in history.  This is no time for “safe” leadership or for fear.  This is a time for freedom leadership.

“I spent years in elected office working to protect individual rights and to reduce the governmental burden on the citizens of El Paso County, including working with our City Council, and I know that Colorado Springs needs Jay Inman.  Please join me in supporting Jay Inman for City Council, District 2. ”

Amy caught my heart for our city, but the Reporter’s article spoke to none of the critical issues I discussed that Springs voters must be thinking about as they vote for City Council.

For example, the article garbled my message about masks so here it is plainly: “Open up. pre-COVID, there were 650,000 small businesses in our state employing 1.1 million Coloradans. Today, 30% of those businesses have closed their doors permanently. That is a catastrophic loss of jobs, imagination, and innovation.”

As of this week, 16 States are completely open. Here’s the map:

The media is reporting the “grim” milestone of the United States now reporting 500,000+ COVID deaths.  While I appreciate the magnitude of each of these deaths to all family members and friends, I also believe that it is important to keep this in perspective.  I believe the words being used and the tone with which this information is being broadly delivered is intentionally being crafted to continue to instill and reinforce the FEAR factor.  The reality is that this death rate is roughly 0.10% of the population of the United States, which is one tenth of one percent.  That rate tracks almost exactly with the death rate here in El Paso County.

The Gazette Reporter, rather than informing her audience, obviously follows the fear based narrative of masks, business closures, and all the rest somehow contributing to not getting the disease. Lets examine the truths in our own county:

Here is INFORMATION DIRECTLY FROM EL PASO COUNTY PUBLIC HEALTH as of 2.22.21:

(NOTE:  There are discrepancies in some the following numbers on El Paso County Public Health’s own COVID Data Dashboard. For example, reporting as of the same date, 2.21.21; one page articulates 727 deaths total, compared to another page on the same dashboard reporting 735 deaths total.  The following numbers are all taken from one singular page reported on the website.)

Last note on the rest of the story:

TRUTH, by the numbers

1 Human race; with diverse colors, cultures and sub-groups, none of which determine a person’s worth.  All are human; black, white, Asian, Indian and on and on.

1 identical color of blood running through the veins of all people.

2 Genders; male and female, determined at conception and revealed at birth.

1 Declaration of Independence; to create a unique nation, a bastion of freedom and equal opportunity (not outcome) for all to pursue Life, Liberty and Happiness and to candidly establish a government, which just powers are derived from the Consent of the Governed.

1 Constitution; established for justice, domestic tranquility, common defense, general welfare and the protection of human liberty for all Americans and future generations.

1 Bill of Rights; 10 Amendments established to prevent misconstruction or abuse of the powers of the Constitution and broadly protect and secure individual safety and liberty.

1 Nation, under God, indivisible, with liberty and justice for all.  Unless foreign and domestic enemies act to destroy it and others allow them to succeed.

245 Years of Countless Acts by Americans; to love and improve the conditions and opportunities of all people, here and around the world.

1 Cause; human liberty, entitled by all people by the Laws of Nature and Nature’s God, and established in the United States of America with a firm Reliance on the Protection of divine Providence.

1 Savior; Jesus Christ, who died and who lives today to save all people.

2 thoughts on “The Rest of the Story…”